Why Every Non-Profit or Charity Organisation Needs An Animated Video?

The objective for every non-profit and charity organisations would be to raise their awareness as quickly as possible to as many of people they can reach. A website would be the most effective medium to convey their message to a larger mass of people. However, not many users would likely spend most of their valuable time to read the entire website, but would probably skim through while not fully understanding the actual cause nor its benefits unless there are images that would intrigue the users. So, the best solution to boost the awareness of their campaign would be through animated explainer videos.

It requires less expenses compared to live action or television commercials just to promote public awareness, and it can be an excellent long-term investment. Animated video that is both unique and compelling to the visitors does not require a monthly commitment to maintain it. You only need to invest in it once to kick-start your campaign. In fact, there are several freelancers whom you may hire with exceptional skills in video editing and animation. You have wide choices of choosing anyone to deliver according to your needs to produce a quality video. Furthermore, a non-profit or charity organisation would use an educational video to deliver important information regarding their cause that could attract a potential sponsor.

An animated explainer video that uses the concept of storytelling could send a powerful message that can be touching or sentimental towards certain individuals. It is a video that people can relate to, and stimulate an emotional response. Hence, the visitors can be more connected to the awareness campaign. The charity or non-profit company can educate the viewers of the current issues, and how they can solve them through these non-profit organisations. If the animated video is left with a deep, meaningful message towards the end of the animated video, you may be able to convince the audience to make a donation. Lastly, animated videos can easily be shared on social media such as Facebook or Twitter. Your supporters or partners of non-profit organisations can easily share the awareness campaign to more people. It is even more convenient that the animated explainer videos can easily be shared via online posts or in emails. Ultimately, your video would go viral and reach to a larger number of audience without causing you to spend a single penny.

The prospect of receiving a greater return from creating an animated video would be high. People would be willing to spend their time on watching a video more than reading a long article with the same cause. It should have an end-goal that could eventually generate leads and donations. Your team should discuss on whether to focus on collecting donations or advertising your non-profit campaigns, and how you wish to achieve it. One of successful campaigns utilizing animated explainer video is a video created by girl effect, ‘the girl effect: The clock is ticking’, and few other examples as well.

In conclusion, given the budget constraints that non profits are usually dealing with, an animated video would be a effective yet low cost solution.

P.S : To show our love for good causes, we are happy to announce that we are offering 15% discount on all of our video and animation production services to charities and non-profit organizations. Get in touch to learn more! 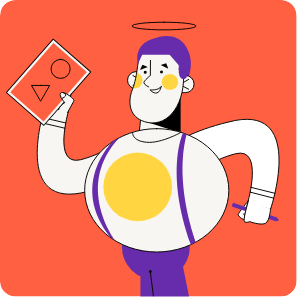 He is the creative director behind Explainer Videoly Sdn Bhd & Kasra Design website. He takes great pleasure in writing about all kind of things related to animation and video industry. When he is free from guiding the team, you can find him playing pool, swimming or checking art magazines.