The Recipe For A Successful Corporate Video

What is corporate video?

Corporate video is a video produced for corporate use. Promotional or training videos of a company, broadcasting or streaming for entertainments, and even some animated videos in the YouTube channels, are regarded as corporate video.

A good recipe is never without elements and procedures. A corporate video also has its recipe. The basic idea is making a video. Thus, the focus is having camera to film, or having a software to make an animation.

Pre-production – Planning is everything

The budget will be agreed between the production company and client, before the video production.

The script is the main course of the video. It needs to be humorous and memorable.

If the video is filmed with camera, a professional casting will be required.

A good storyboard is a must.

If the video is filmed by camera, the actual filming is a necessary stage. Animation skips this stage.

The video will be filmed in a specific location and date. Make sure all bookings of the location and transportation are done with no problem.

It is a must to hire a good camera crew or at least a great cameraman.

A presentable actor is extremely crucial. A good actor is like a tasty appetizer. So, the actor must also be able to deliver message clearly.

When the film is going complex, a director is needed to manage it.

Sometimes, make up and catering, and props are needed, but it will create extra costs of course.

At this stage, editing is needed because we need to refine the raw video into the finished product

Animation is highly rely on editing. Good graphics and voice over requires the relevant professional.

To make the video distributable to the target audiences, the video should be edited to meet requirements such as licence.

Like a dessert, soundtrack and music would add flavors of the video.

Recognize your audience and your goals

You should first meet the needs of the target audience. Conveying a survey, asking questions, or using big data, can help you understand what they want. Then, you customise the video with the above results to capture audience.After that, you focus on your goals. You briefly deliver your messages and give your audience suggestions. Bear in mind that the focus is always on the audience but not you.

As I said, the script is the main course, and we should focus on the audience. So, it is obvious that the script should suit their stomach. Firstly, it must be humorous. The reasons are that they will remember it well if the video makes them happy, and they will share their good impressions of the video to make it viral. It also builds an emotional connection when the audiences are entertained. Secondly, it had to be simple and short. The audience won’t spend too many time on a video. A simple script helps them memorize the messages. Also, a shorter script means a lower cost.

Get a great team

To create a successful video which carries out the powerful script, you need a team of professionals supporting you. A sophisticated cameraman is very crucial. The visual and audial experiences work as appetizers. A bad quality of them will produce poor images and ruin the video. You may need a camera crew if you need higher quality.

Having a powerful script with a great production team costs lots of money. So, be realistic on the budget. You can shorten the length of the video. It is not bad to make it simple and short. Also, you could reduce the amount people involved or you should limit the time spending on filming. The video must focus on the core message, or the core competence of you and your company, to lower the budget.

Animation is a good choice

If you run out of idea of saving money, you can make an animation. As you can see in the recipe, animation skips the filming processing which consumes many budget. Animation costs lesser generally.There are lots of room for creativity in animation, so it is easier to be loved by almost everyone.Lots of viral video are actually animations, such as ‘Dumb ways to die’ and ‘Annoying orange’ are very popular.

If you have enough budget to pursue higher quality, you would do something more unique. Uniqueness always stands out. Hiring music composers and professional sound engineers adds lots of favours. They create original music or soundtrack. The original music, soundtrack and graphics work like delicious desserts, and make the audiences love the video.

The key point is that making a successful video doesn’t mean the video leads to success. You need to let the audience response. You should provide the audience easy options and suggestions to follow. But, it is important to make it short.

Here is the key of a successful corporate video. Let’s just do it. 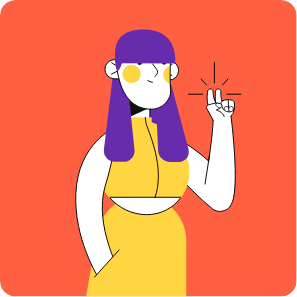 Jacklyn is in charge of our marketing efforts. She likes to write about photography, videography, new industry techs and paint colorful things. When she is free from work, you can find her in Muay Thai classes.